We are two tenant associations who joined together to defend ourselves against a corporate real estate investment hydra that seeks to expel us from our homes in order to maximize their profits.

There was a collapse of a landing of a stair on the 3rd floor, due to construction going on in the building. A quote from a TA member that was there and took the photos.


"Yesterday around 4pm a woman was leaving and stepped on a landing in the stairway and fell through to the next floor. She was carried out in a stretcher and four fire trucks showed up. The firemen built a temporary landing before leaving. It was a mess, to put it lightly.
Even though this is not a Ben Shaoul building, the same construction crew is being used"

The infamous Shalom family own 86 E4th St. It is rumored that they are related as cousins to  Ben Shaoul. 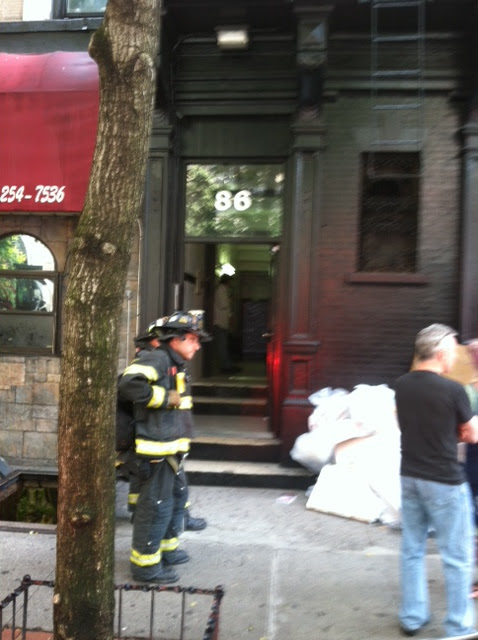 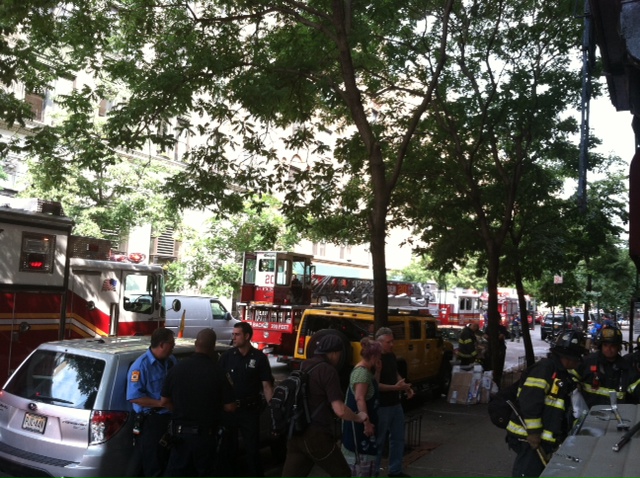 "This is when they began building a temporary platform for the stairway. The thing about this is that there were tons of cops and firemen around, but none of them were asking questions of the construction crew, unless they were doing that inside. I didn't see any workers going in or out of the building, and I'm guessing they ran as soon as the accident occurred. So basically a woman is in the hospital and no one was held accountable. She will sue, no doubt, but that will be in court for years." 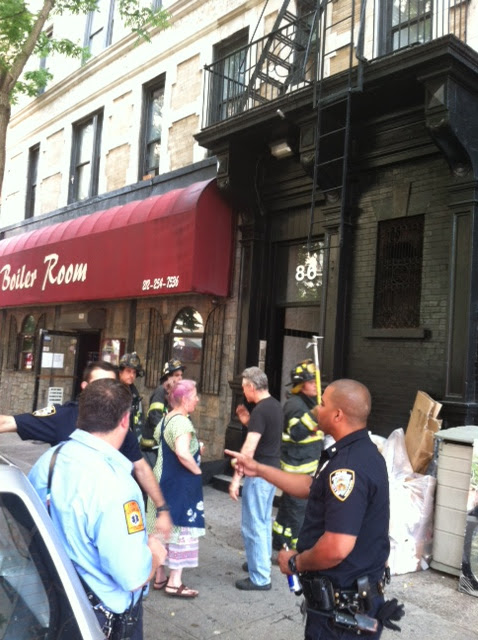 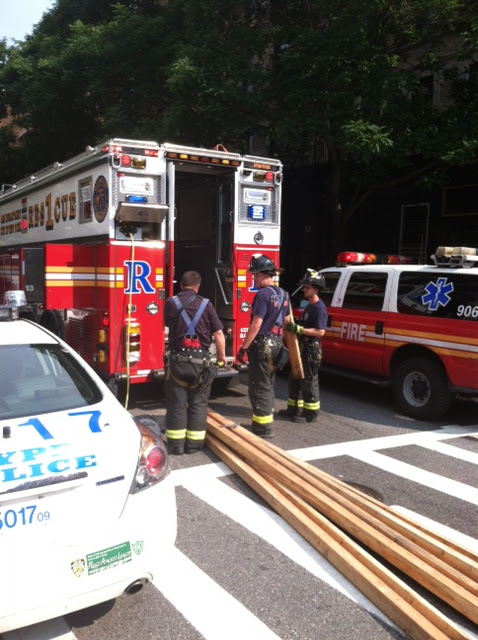 If the workers there did flee the scene, it would not be a surprise. All of the workers in these buildings on East 4th Street are undocumented laborers. We are not getting all Republican on this issue, just stating a fact. Another issue with these workers is that there is very little supervision of the work going on at any given moment. One can see the name of a foreman on the paper work posted in our buildings, but one would be hard pressed to actually locate that person on the premises during work hours.